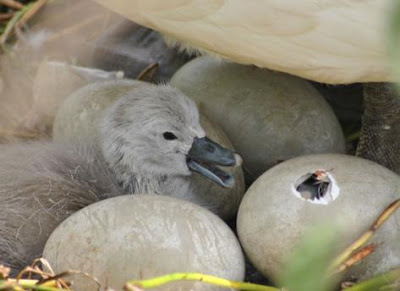 Right, so I promised I’d start blogging about something other than my lack of blogging today, so here we go. I’ve a folder full of lovely things I’ve encountered in my travels through cyber space which are just dying to be shared, but instead I thought I’d kick things off with a wee story I was working on for the paper last week  which warmed my cockles, and I hope it will yours too.  It wasn’t what you’d call earth-shattering breaking news, but it was one of those little tales that fills you full of warm fuzzy rainbows and sunbeams  :)

As any of you in the British Isles will know, summer has yet to grace these shores. Aye, it’s been fairly warm, but it seems like everywhere is taking turns at been washed out of it, and here in Inishowen it’s been no exception. Around two weeks ago we had a month’s rain in one day, with flash flooding in many areas. One of the places to be quite badly hit was a little local island called Inch, which is home to a beautiful lake and wonderful wildfowl reserve.

The reserve itself is a sanctuary for many migrating birds and other aquatic animals, such as ducks and otters, as well as hundreds upon hundreds of swans. Usually they make their nests off the beaten track and are best viewed from the observation huts dotted around the lake, but this year one of the swan couples built their little home right alongside the main causeway road into the island, in full view of all the passing locals. As anyone who’s ever witnessed it themselves will know, swan couples are really very sweet and endearing – especially the way the cob is so attentive and protective of the pen and their eggs – so as you can imagine the small community on the island, who had been watching them build their nest and grow their brood for weeks, became quite protective of the young family. 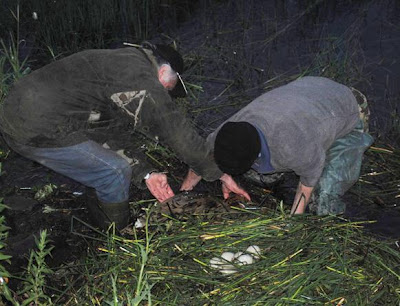 Then disaster struck – during the recent rains the lake tide began to rise and the nest was in danger sinking. The eggs were actually floating away! Thankfully, someone spotted what was happening and called in the help of two local men who braved the torrential weather in attempt to save the unborn cygnets.  They rescued the eggs from the water and built a pallet for the nest to float on, and after a nervous wait the mother even sat back atop of it despite the interference. At that stage it was still unclear whether her babies would make it or not, though, because the eggs had been ice cold by the time they were put back in the nest.

That was yesterday fortnight ago, and on Monday morning I got a phone call from one very excited Inch resident – the eggs were hatching! By the time I went up only two of the six had hatched, and while there were fears not all would make it, anyone I was talking to was just so happy any had survived at all. Eggs had perished in years past due to bad weather because people couldn’t get to the nest in time to save them, so you can imagine their joy this time. I was especially pleased for the local children – there was a pre-school nearby and the teacher had been taking her pupils down daily to check on the nest and to teach the kids about wildlife, so they were especially concerned then excited to watch the whole thing unfold. Then there was the proud swan mammy herself – she kept lifting up her wing to show us the two little cuties, as if she was boasting ‘look what I did!’ (I realise she was probably just giving them a little air, but don’t ruin my fantasy.)

It got better too. On Thursday a local man – David McCauley – sent us in these beautiful images of the proud family. Yup, all six cygnets hatched safe and well! 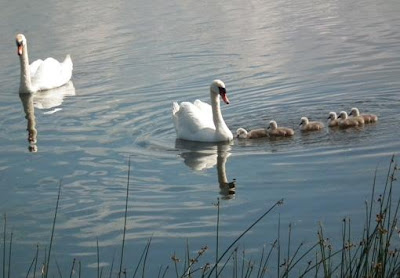 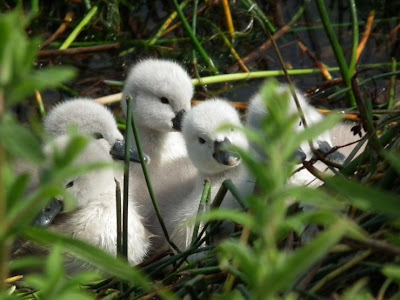 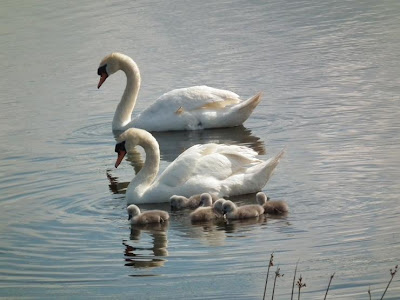 As I said, it’s not the most hard-hitting news story I’ve ever written, but I challenge anyone to go up and see those little fluffy babies, and talk to those locals who are still brimming with pride, and not be cheered up. Go on, tell me you’re heartless!

At this point I’d like to say thanks to Brenda Long, Chiara Boyle and David McCauley for the wonderful photographs. I have some of my own but yours were so much better.

[For more on the story, you can read it on our paper’s website here and here.]
Posted by Róisín 100 comments

The Internet should come with a breathalyser 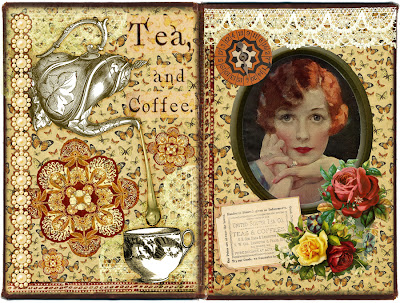 Following on from that oh-so-cringesome  theme of my last post, I have a wee confession to make today – I didn’t remember that I’d actually written it until I came on here this morning!  That’s sounds really bad, doesn’t it? Hear me out: I’ve been insanely busy at work this past while; long gone are the days were the weekends were for anything other than sleeping for 15 hours at a time, with beer being replaced by copious amounts of tea and books. It’s not exactly rock’n’roll, but that’s how I like it. (I’m an auld woman now, you know.)

It’s not that I was ever the biggest drinker in the world, but these days I can really see where that old cliché about getting drunk at the smell of alcohol comes from. I’m totally and utterly useless! So you can imagine what I was like last Saturday when I went on my friend’s hen night, of all things. I knew I was out of practice, as they say, so I was pacing myself and trying my best to take it easy. In fact, if you had asked me at the end of the night I would’ve told you I was totally sober , it wasn’t until the next morning that I realised I’d been away with the fairies! And then to come on here today with the intention of making my first post in months, only for the cold realisation to hit me that I’d been on that night… Well, let’s just say it was unsettling. I completely remember writing it now (I wasn’t that bad), but still. I suppose it could’ve been worse, I could’ve done one of those soppy ‘I love you guys’ posts like I’ve been guilty of in the past.

Anyway, I’m not quite sure why I’m even drawing attention to it since I’m a tad embarrassed by the whole thing and should really just let it pass and hope no one noticed. I think it’s a compulsion of mine to point out things that I really should try to cover up. I also wanted to explain why I’d wasted both yours and my own time with yet another one of those whiney ‘I’m sorry I’ve not posted anything in ages’ tirades, put it behind me, and resume with regular ‘normal’ blogging. I’ve a post lined up for this afternoon and everything!

By the way, the image I’ve used with this post (and the last couple) is a page from my digital art journal, which I’ve not been updating as much as I’d like but which I’ve not totally abandoned. I’d just thought I’d point that out because it’s the type of thing I used to blog about before I got in the habit of making these pointless posts. This is the last of them, promise. Expect a return to the randomness of old, whether it’s some silliness that’s been on my mind or some loveliness I’ve encountered online.
Posted by Róisín 7 comments

Art journal? I don't have an art journal!

…It has been two months since my last post. The biggest sin of all is that in that particular post I promised I’d be back soon! Obviously I was in an optimistic mood that evening. Said post was sincerely intended to be a preliminary, re-introductory set-up to my return to the blogosphere, just as this is now. Lessons have indeed been learned that post, however.

Tonight I do not mean to make any more unfulfilled promises of regular postage – I’ve learned to accept the fact my free (i.e. blogging) time has been sucked into a vacuum of local intrigue and mundane mystery –  but I can tell you the compulsion to return to this weird and wonderful world of whimsy and marvel has been growing.

The intention behind the last failed post was to rekindle the addiction which in the past had me dependent on my dashboard, and hooked on the hokum. (You’re all some craic!) Like an alcoholic sipping the nectar of the gods for the first time in a decade, I expected the lingering taste to consume me once again, filling me with the unquenchable desire to log in and cop out, just as in the glory days of old.

Yet it came and waned, too easily ignored my liking. I have many friends in this little corner of cyberspace (you all know who you are), and just like my friends in whatever the non-cyberspace alternative is (some people call it real life, but personally I find that a tad philosophically contentious), I have neglected you all for the sake of everyday survival-esque pseudo-necessity.

But you don’t want to read yet another guilt-ridden apology – I’ve already said sorry for not having called by to say hello so many times I’d imagine it’d be insulting to ask for forgiveness yet  again.  Instead I’d just like to say ‘hello’. ‘hope you are well’, and ‘promise I’ll be back tomorrow’. (Whoops, didn’t mean to do that!)
Posted by Róisín 5 comments

Róisín
"I wonder if I've been changed in the night? Let me think. Was I the same when I got up this morning? I almost think I can remember feeling a little different. But if I'm not the same, the next question is 'Who in the world am I?' Ah, that's the great puzzle!" 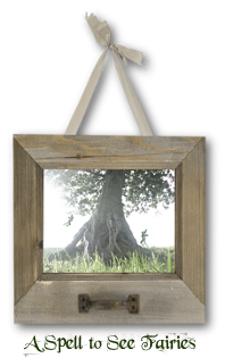 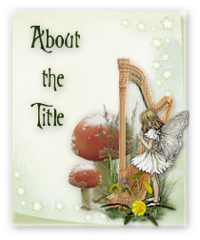 All the Stuff in my Scrapbook

I've only just joined NB - Follow me so I can find you! 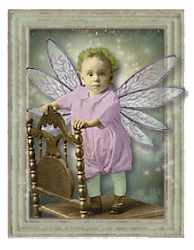